Strategic planning is a process. It helps you to document and establish a direction for your small business. Strategic planning allows you to define your business's mission, vision, and values. A well-formulated business strategy can play an essential role in your company's growth and eventual success as it tells you and your employees how to respond to challenges and opportunities.
Learn More
about our services
 816-394-6818

Tax Strategies for the Biden Years

As vaccinations lead the country closed to “herd-immunity” there is the promise of a return to social and economic normality. Economists are predicting a US growth rate in the GDP of 7% for 2021. The stimulus and rescue money coming from the recent $1.9 Trillion plan is likely to help economic growth. And, to the degree that the next bill, the infrastructure and jobs bill, passes as proposed, we may see this year’s economic boom extended into the indefinite future. But, you say, how about all of those tax increases and deductions that will be lost. Will a stronger economy and tax breaks for things like green energy investments offset what I or my company will be paying in higher taxes? This discussion has to do with tax strategies for the Biden years and how you can stay ahead of the game.

We all know that there are campaign promises and there is reality. Thus, not all of what President Biden wants will go into law. The big picture is that he wants to bring jobs back to American soil, starting with spending on infrastructure. None of those jobs fixing roads, bridges, mass transit systems, and water systems is going to go to foreigners. The just-announced bill proposes increases in government funding for basic and applied research that mirrors what was done in the 1950s when the USA was the unopposed technological leader. But, to fund this, the new president but man who served decades in the US Senate and 8 years as Obama’s VP plans to bring corporate taxes half way back to what they were before the Trump tax cuts and make a host of other changes in the tax law. We believe that with the right tax strategies for the Biden years that most individuals and business owners will benefit from a stronger economy, take advantage of things in the new tax law, and avoid excessive pain from higher rates.

Higher Taxes for Corporations, Not for Individuals

The 2017 tax cut reduced corporate tax rates from 35% to 21%. Biden proposed bringing the rate half-way back to 28%. In addition, the administration wants to reduce or remove the ability of multinational corporations to protect offshore profits from US taxes. The New York Times notes the following:

Through a series of complex and arcane provisions, the Biden administration would essentially treat profits earned abroad more like those earned at home - raising rates and requiring that taxes be paid on time rather than pushed far into the future. It would also establish what would in effect be a minimum tax on foreign income.

To the degree that these changes in the tax code affect you and your business, take to us about ways to reduce taxes. When considering changes in your tax strategy, we will help you look at all possibilities from top to bottom. Many things that you can do have nothing to do with new tax laws and others will require a careful assessment of the final tax code changes and how they affect your business.

The proposed changes in corporate taxes include an alternative minimum tax, a 15% minimum tax on any global book income in excess of $100 million, a 20% pass-through deduction for qualified business income, and a phase-out of the section 199A deduction for anyone making more than $400,000 a year.

For individuals, there may an increase in the rate on capital gains up to 20% a top tax rate up to 39.6%. And, if your annual income is more than a million dollars, the proposal will tax capital gains as ordinary income.

There will possibly be more social security taxes on wages over $400,000.

A proposal that may or may not make it into the final law is a limit of itemized deductions to 28% or less.

Where Will the Business Opportunities Be?

The Biden infrastructure and jobs proposal holds promise for an expanding economy, more jobs, and higher profits. While you should protect yourself from changes in the tax code by reviewing your tax strategies for the Biden years, you should also look at where you can benefit. One of the big pushes of this administration will be to bring US investment in R&D back to where it once was and bring the US back to its position as the undisputed leader in technology. We invite you to make sure that you qualify for R &D tax credits now and with any changes in the tax law.

We expect there to be tax credits available as well for many aspects of the jobs part of the current proposal including hiring of the otherwise-disadvantaged, job training, and instituting “green” solutions such as solar panels for your heating or high-efficiency insulation.

Changes in the Section 199A Deduction

This part of the tax code is set to expire at the end of 2025. However, the new tax proposals will try to keep this after 2025 for those making less than $400,000 a year and phase it out for anyone making more than $400,000 a year. This has to do with the below-the-line available deduction for partnership, sole proprietorship, S corporation owners as well as selected estates and trusts that engage in qualified businesses or trades. The current code limits the deduction to either 20% of taxpayer taxable income minus net of capital gains or 20% of qualified business income and 20% of the sum of dividends for real estate investment trusts, and qualified publicly traded partnership income. To the extent that these changes are going to affect you, you need to consider your tax strategies for the Biden years.

Biden is proposing rolling back how estate and gift taxes are dealt with to the 2009 era. The first $11.58 million is currently transferable tax free and this is proposed to fall to $3.5 million. There will be lots of details regarding how this is figured out and you may wish to look into gifting assets earlier than you might have anticipated in order to save your heirs from losing out on their inheritance.

Setting up the most effective tax strategy for your business has always been important. This is doubly so now that substantial changes in the tax code are likely. We can help you find ways to reduce the pain of higher tax rates and lost deductions while helping you take advantage of parts of the tax code that will be designed to promote an infrastructure, jobs, and green energy agenda.

learn more
about our services 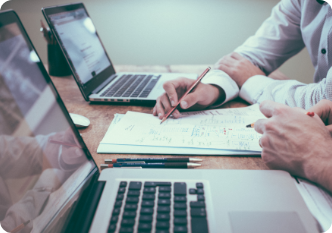 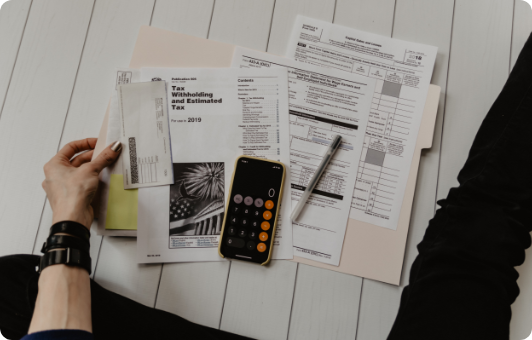 Strategic planning is a process. It helps you to document and establish a direction for your small business. Strategic planning allows you to define your business's mission, vision, and values. A well-formulated business strategy can play an essential role in your company's growth and eventual success as it tells you and your employees how to respond to challenges and opportunities.

Ronald B. Allen
CEO, Profit First Professional, Fix This Next Founding Advisor
Principle of an accounting firm that’s committed to educating business owners on their financial health, providing a trans-formative strategy and helping them experience their profit!

What is Profit First?How Profit Can Help Your BusinessProfit First FAQ